Economic struggle and unemployment, especially among young Europeans, are weighing heavy on the European Union. Startups provide an alternative for bright Europeans who don’t want to wait until fate comes their way. Just as the many leading entrepreneurs from Europe before, talent will create successful businesses. Period. The question is whether we give startups the room to build in Europe or show them the door, Lenard Koschwitz asks.

A Roman tale on digital copyrights

Digital copyrights touch on core questions for startups. While you might think that startups in Italy have enough struggles with plenty of inefficiencies in their ecosystem already, new copyright laws might just push it over the edge.

Italians are well known for their creativity, taste and for making things happen, even against the odds. Although the government introduced a dedicated “startup act” in 2012, insiders take a deep breath before listing what still goes wrong in Europe’s 3rd largest economy. What came to light at the #Copyright4Startups policy workshop during Rome Startup Week is that the country’s small but passionate startup community has lots to say.

Italy in the European Context

Not only Italy has struggled so far to take advantage of its great entrepreneurial resources. Comparing exits between the EU and US shows that 82% still happen in the US. Within the EU, UK company exits amount to more than the remaining EU together and Italy remains at 9th position, after Germany, France and Ireland. And while copyright rules on liability, data mining and new rights have chilling effects to all EU markets, the weaker ones will suffer most.

On 14 September 2016, the European Commission announced the new proposal for a copyright reform. 15 years since the last Directive on Copyright (the so called InfoSoc Directive), an update the rules reflecting technological developments seemed overdue. Whereas many important and truly ambitious aspects have been left out, the directive goes far beyond the classic IP or licensing market, shaking the very architecture of the internet and fundamental analytics.

Concerns have not only been raised by startups, but also by academics, experts and NGOs from civil society. All these parties agree that, instead of an innovative and updated version, the new proposal would have repercussions on users, media diversity online, social media platforms, startups, researchers, teachers and many more.

Dr. Eleonora Rosati, Associate Professor in Intellectual Property Law at the University of Southampton, shared her expertise with Italian founders and community members about how this reform could impact their businesses, their chances of attracting investment and how startups can make their voice heard. Here’s the gist of it:

The legislator defines ‘text and data mining’ as any automated analytical technique aiming to analyse text and data in digital form in order to generate information such as patterns, trends and correlations’. To put it frankly, it starts when you use the search function on your phone, is necessary for data analytics and is crucial for machine learning and artificial intelligence applications. Uses of text mining have exploded — who knows what innovation it could spark tomorrow? One thing is certain, data mining is the salt of any data business.

The European Commission pushed ahead with an exception for text and data mining, but only for reproductions and extractions made for scientific research (Art. 3). Although this is a noble start, an exception for Text and Data Mining that falls short in practice. It will allow researchers use data mining to create new potential products. However, it would not be allowed to commercialise any of them in Europe. It basically tells data mining startups to take their business elsewhere.

On the flip side, other markets like the UK, the US or Japan have rules which embrace a wider understanding of innovation and welcome data driven startups with open arms. Hence, the proposal could not only nudge startups away but also have an impact on Europe as an innovation ecosystem. The current draft will have negative knock-on effects on European Universities, especially those strong in STEM and entrepreneurship, which naturally benefited from startups being born out of their entrepreneurship centres. So called spin-offs (or spin-outs) raise the profile and prestige of their alma mater, employ fellow alumni, donate funds and literally grow the ecosystem around hubs like Munich, Leuven, Delft or Copenhagen — if the regulatory conditions allow for it.

The proposal further suggests a new and extra copyright for the European news publishers. Beneficiaries are gifted a 20-year long right on all their contents, including shortest snippets. This means that news aggregators (although driving traffic to the source) will need a license in order to keep pointing to content. The result is that powerful players will continue to dominate the market while smaller startups have to swallow the bitter pill or die.

Similar rules exist in Spain and Germany already and have, mildly speaking, had disastrous effects on media plurality, startups and consumers. In the Spanish case, the target was Google News. It subsequently stopped operations in Spain, leading to a decrease in traffic to all news publishers, especially small ones, by up to 20% within a few weeks. In Germany, where publishers could determine the price of their license, Google was offered a free license while smaller news aggregators were extorted and forced to pay licenses amounting to 1 Euro per snippet or amounts per user which where higher than the entire companies’ turnover.

Damage became evident when German startups lost up to 30% of valuation on the day ancillary copyright was adopted. Some had to shut down.

The reason for this mess is press publishers complaining about their ability to enforce rights they already possess. Instead of packing an additional right on top, some Members of the European Parliament are trying to follow a less harmful but just as effective solution. By following the Italian example where it is simply assumed that publishers hold the rights to articles published on their platform, press actually gets the benefit of the doubt without bypassing the rule of law. Presuming right of representation is a neat and economically responsible solution which seems to gain ground in the European Parliament.

According to rightsholders, and despite profits of the music industry online rise steadily, it was argued that hosting providers should do more to prevent illicit distribution of works. Not only music and licensed content driven platforms — literally any platform allowing user generated content shall be forced to use content recognition technologies. The Commission’s proposal reflected this: painting all platforms with a broad brush.

It should be noted however that the “value gap” argument only looks at the cash flow between platforms and labels. Which value actually ends up in the artists pockets remains the label’s secret.

A closer look at content recognition technologies reveals they are costly and inefficient at best. Youtube spent more than 60 million for their Content-ID, which can still be tricked. Even considering the business relevance of this technology presents a huge sum to spend, which is nigh impossible for any startup. The legislators suggestion that startups could “simply buy a filter as a service” are, mildly speaking, ignorant towards new and upcoming businesses.

Beyond that, the article in question is quite vague when it addresses information society service providers that store large amounts of works and other subject matter. Although the problem the legislator is attempting to solve is quite specific, the obligations can affect literally any platform business in Europe.

Would you agree to like other ingredient matter on a foodstuff or accept that the police wiretaps an entire continent to catch a few criminals. Understandably not and for the same reason legislation should be specific and proportionate.

“Why should the content industry live by different standards and get their personal filter on the entire internet? “

Startups are platforms. Period. Billions of users around the world enjoy blogging, sharing and creating content whether this is in written, audio, visual or augmented forms of expression such as additive manufacturing, virtual reality or live content. Putting a dictator-sized filter on top of such services which will be controlled by private commercial entities will not only force startups to spend millions for not business relevant techniques, it will also outdo George Orwell’s wildest dreams. By far.

In sum, content filtering would not only give a competitive disadvantage only to startups in Europe, it would also violate fundamental rights like privacy and freedom of expression. Filtering the internet is like fishing the oceans empty to find that one mackerel.

What can Startups do?

Startups in Italy and the rest of Europe can act together and make their voice heard. Allied for Startups provides all the relevant information and opportunity to sign up hassle free on the campaign page http://www.innovatorsact.eu/

To find out more information, participate at the next discussion, or share your ideas and testimonials on this policy discussion, please get in touch!

Visit innovatorsact.eu, join the call, drop a line to hello@alliedforstartups.org, tweet to @allied4startups, or join the online conversation using #copyright4startups. 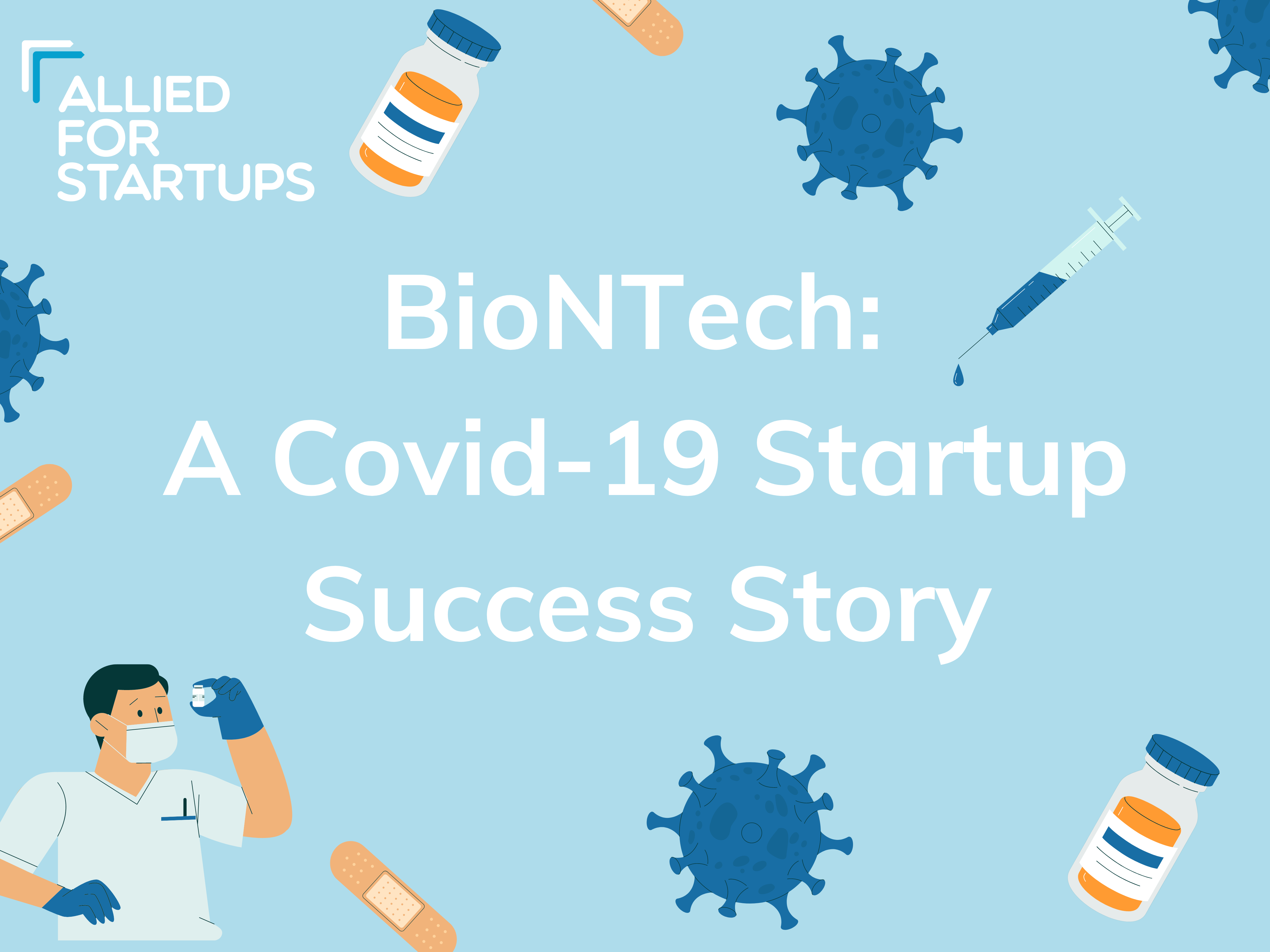 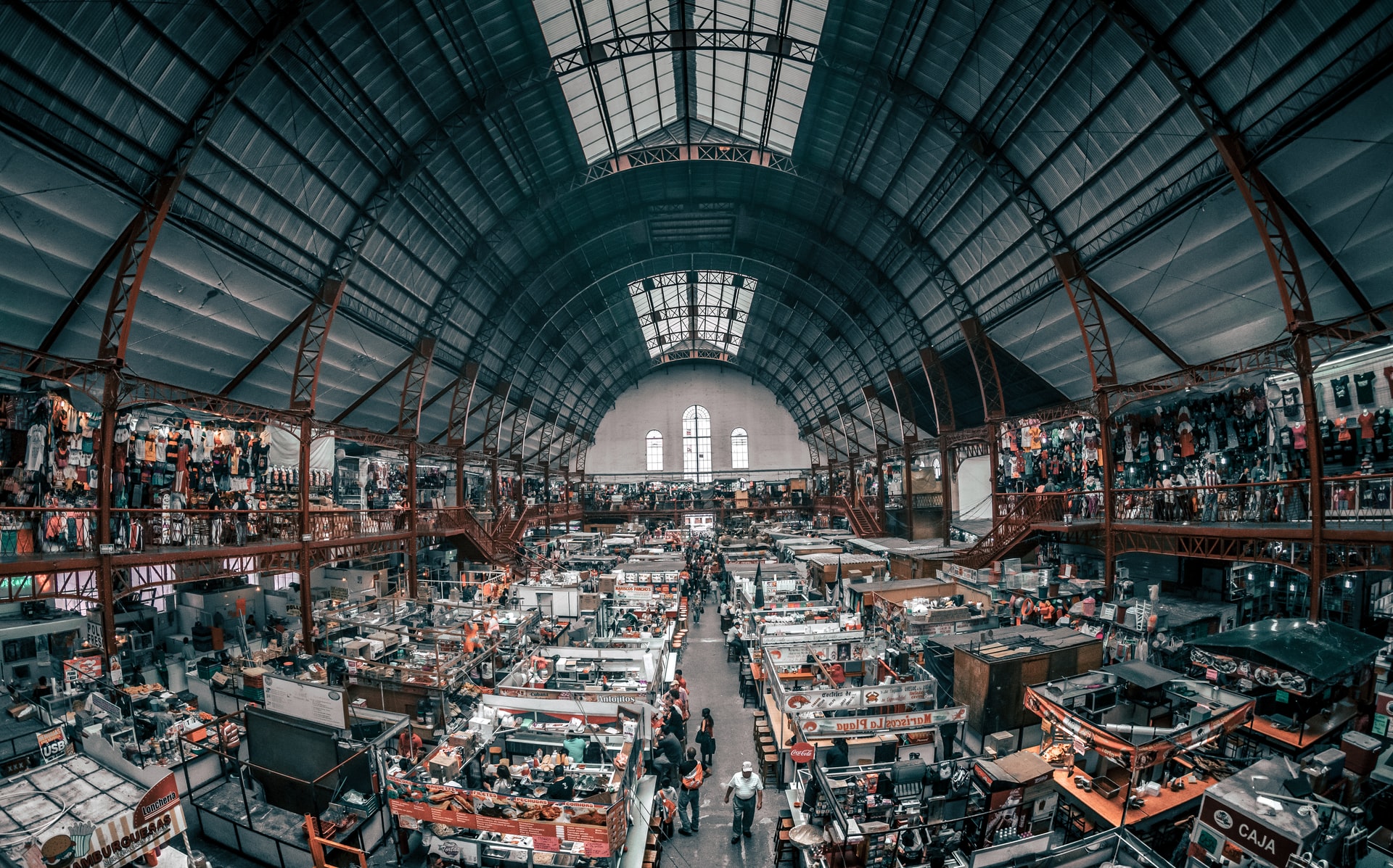