Is Spain ready to be the first EU Startup Nation? 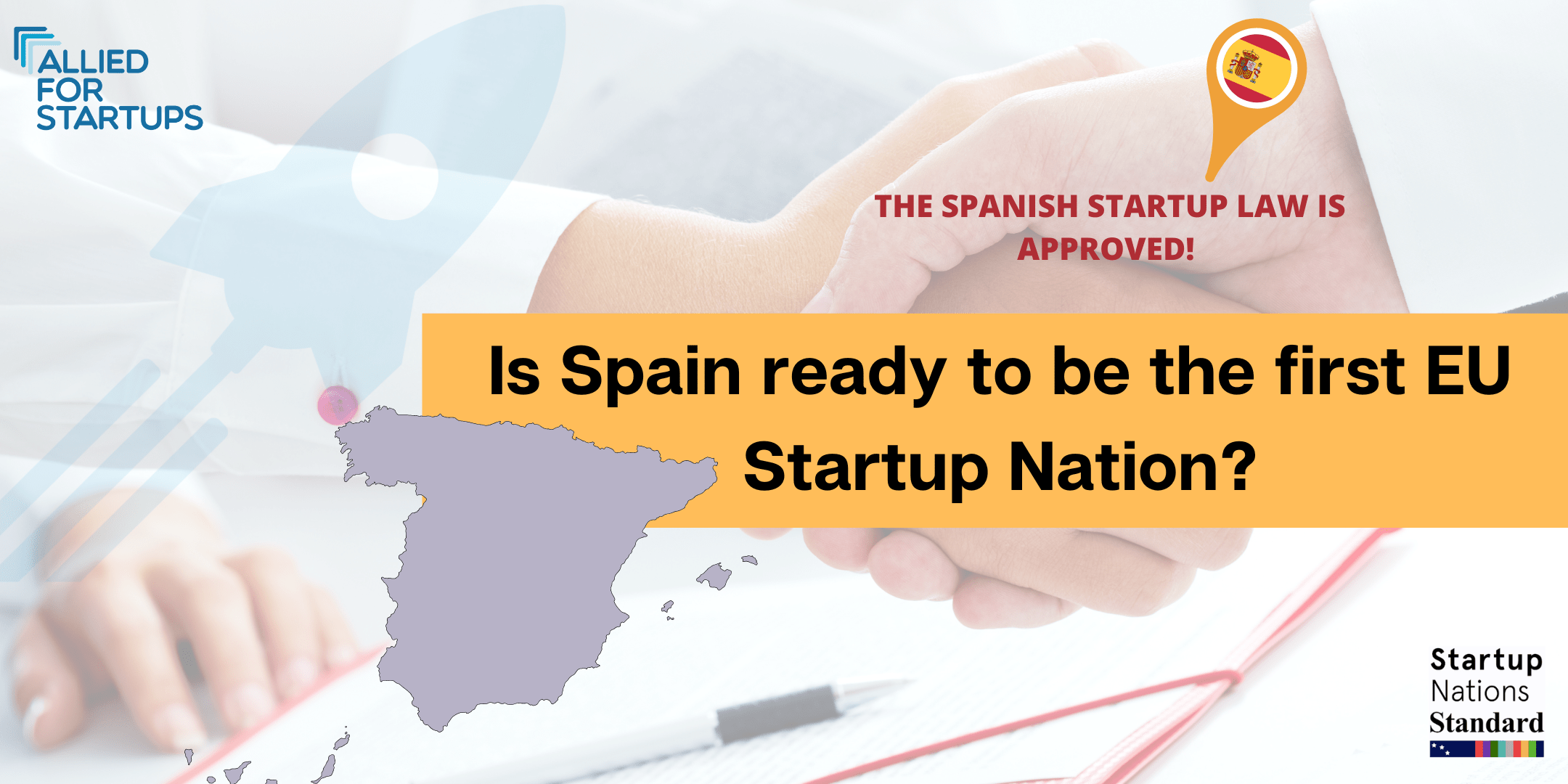 The Spanish Parliament has approved the first Spanish Startup Law after sixteen months in the pipeline. This is exciting news for the Spanish and European startup ecosystems, so much so that it has been baptised in Spain by some as “la deseada” (the wished for).

This piece of legislation constitutes a conscious effort on the part of the Spanish government to align the country with the Startup Nations Standard (SNS) as part of its Plan of Recovery, Transformation and Resilience.

Cutting red tape is at the top of priorities in this new law. So much so that the law includes dispositions aiming at allowing the creation of companies in a single step, through an online procedure and at zero-cost (no notary or registry expenses).

And what about accessing the rest of the benefits that the law grants startups? A one-stop-shop service (Empresa Nacional de Innovación or ENISA) will determine the innovative nature of a company.

The tax regime is improved for the non-resident income tax, which is also applicable to executives and startups employees, investors and “digital nomads” and their families, who are eligible for a special visa for up to 5 years. The draft law also encourages the return of talented Spaniards who left Spain by reducing to five the minimum number of years they need to be outside of the country to access this special regime.

This payment method is often used by startups, and the law will raise the tax exemption on this income from 12,000 to 50,000 euros per year. Also, stock options will only be taxed when they are settled, either when the stocks are sold or if the company goes public.

The law includes provisions for the creation of sandboxes within the context of collaboration between startups and public authorities, universities, public research organisations and technology centres.

The SNS includes a section on Innovation Procurement, which means there is a national target and focused effort to encourage startups to participate and obtain a fair share of innovation procurement spending. There are no specific provisions in the law addressing this, although the collaboration between stakeholders established above could incentivise more innovative projects in which startups participate along with universities, research organisations or public authorities.

Measures aimed at incentivising private investment in startups are established by the law. For example, the maximum deductible amount for investments in new or recently created companies is raised. Moreover, the Spanish Government has deployed financial resources to foster startups growth, such as FondoICO Next Tech, with an investment target of up to 4 billion euros.

ENISA is equipped with a 51 million euros fund addressed to emerging companies led by women, in an effort to reduce the gender gap in the field of innovative entrepreneurship.

The SNS’ 8th standard refers to Digital first, in which Member States commit to designing all day-to-day interactions between startups and authorities in a digital first manner. The Spanish startup law doesn’t include specific provisions on this aside from company creation.

That’s 6 out of 8, impressive! The Spanish startup law does include a key provision – startups are defined and given a differential legal treatment to that of other companies.

Startups are defined in the law as new companies or companies less than 5 years old (7 years old in the case of biotechnology, energy and industrial companies and other strategic sectors or that have developed proprietary technology designed entirely in Spain), independent from other companies, not listed on the stock market, not having shared their profits, innovative in nature and with annual revenues of up to 5 million euros. We already mentioned ENISA, the one-stop-shop tasked with designating companies as innovative to make them eligible for the benefits set out in the Startup law.

So, is Spain ready to become the first Startup Nation in the EU? In any case, this is surely very good progress! Kudos to our Members, the Spanish Startup Association, for all the work they have done to make this a reality!