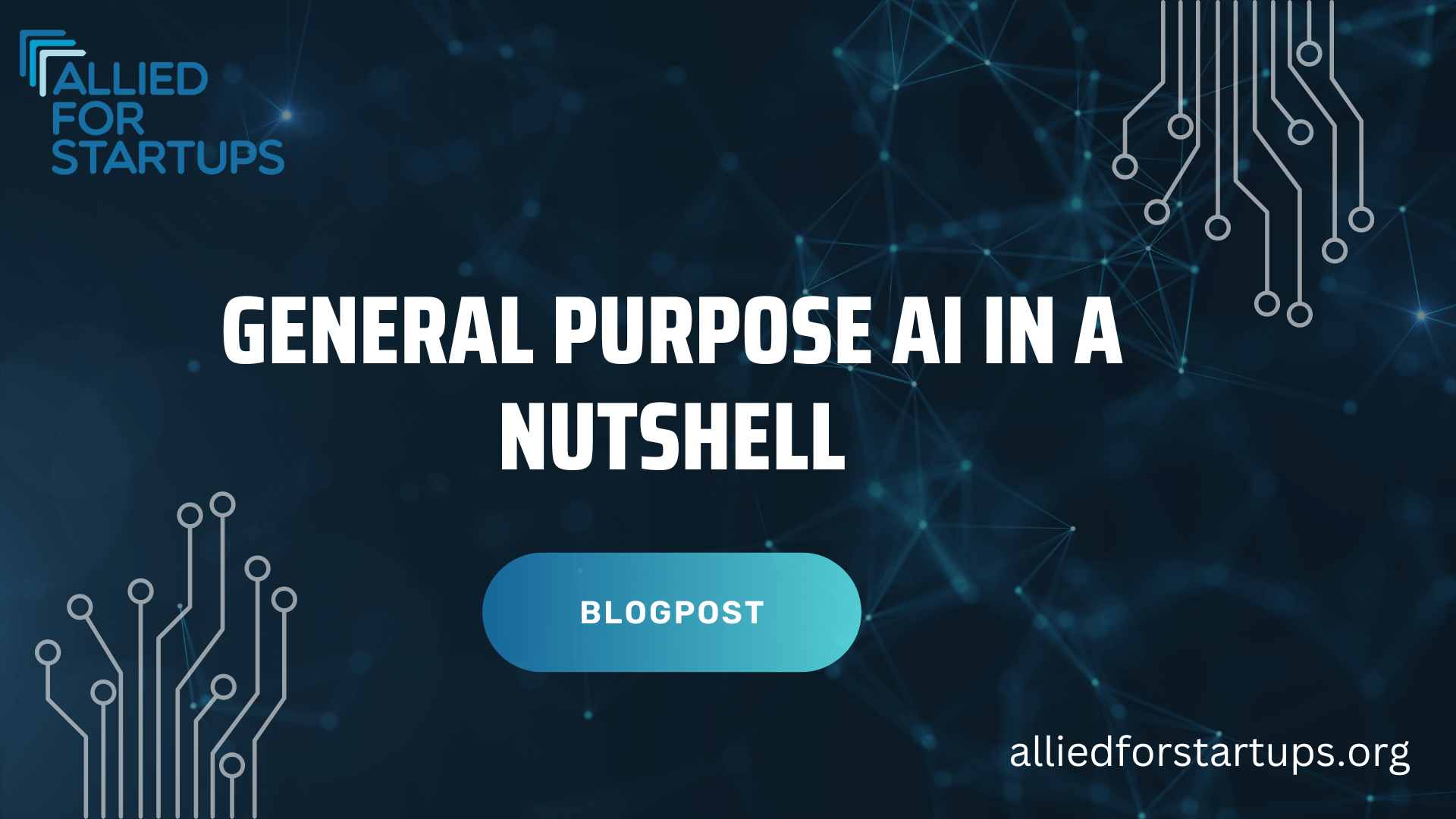 The Czech Presidency of the Council of the EU, in the final version of its compromise text, requires that all general purpose AI and tools, very broadly defined, comply with most of the requirements of the AIA before market placement, regardless of the risk posed and specific use case. Similar proposals have also been put forward in the European Parliament.

We are particularly interested in the way that general purpose AI systems will be regulated under the AIA. General purpose AI systems are increasingly useful for startups due to their scale (a lot of memory, data and powerful hardware) and their reliance on transfer learning (applying knowledge from one task to another), and startups use them for  different applications in a range of fields

But, what exactly is a general purpose AI system?

A general purpose AI system is an AI system that is intended by the provider to perform generally applicable functions (e.g. language processing, image and speech recognition, audio and video generation, pattern detection, question answering, translation, etc.). Such a system can be integrated in a plurality of other AI systems, in different fields, to perform different tasks, in various contexts, often without substantial modification. General purpose AI systems are widely used as pre-trained models for the development of more specialised AI systems. For example, a single general purpose AI system for language processing can be used as the foundation for a wide range of more specialised AI systems such as translation, chatbots, ad generation, etc.

Why should the EU regulators consider startups’ perspective when regulating general purpose AI?

Thus, we encourage EU Institutions to reconsider the inclusion of general purpose AI systems into the scope of the AIA in order to avoid unintended consequences and disproportionate regulatory burden especially for startups which are providers of general purpose AI systems and ensure that the AIA maintains its risk-based approach and a balanced allocation of responsibilities for the AI value chain, for a framework that protects fundamental rights, while addressing the challenges posed by high-risk AI systems and supporting innovation.