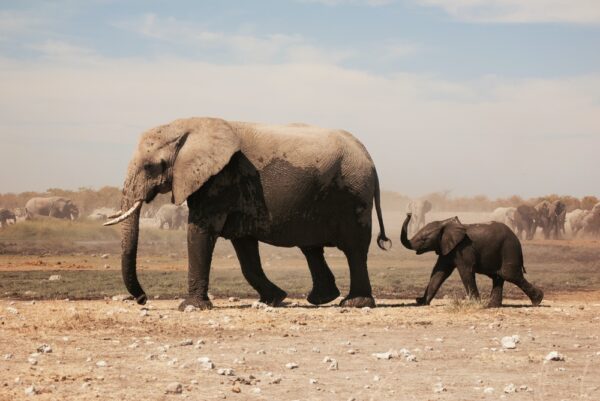 On the occasion of World Wildlife Day, we share the stories of startups who are leveraging technology to support wildlife protection.

Since 2013, the United Nations World Wildlife Day is celebrated on March 3 every year to highlight the importance of biodiversity and to raise awareness about the urgent need to tackle human-induced reduction of species. This year’s main theme is Forests and Livelihoods, underlining the role forests and their ecosystems play in sustaining the livelihoods of millions of people globally.

Startup innovation can support the transition to a more sustainable future.  Here are 5 startups contributing to wildlife conservation and biodiversity preservation:

Protecting the Amazon from illegal logging

Forests are home to 80% of the world’s land-based biodiversity. However, this ecosystem is threatened by illegal logging operations, which account for up to 30% of global timber trade. San Francisco-based startup, Rainforest Connection, found an unconventional solution: planting used smartphones, which are powered by solar panels and coupled with an AI software that can detect the sounds of chainsaws and logging trucks. The software informs the authorities about illegal activity through a special app. The initiative first started in 2014, raising more than $100,000 through a Kickstarter campaign in less than 3 weeks. Today, Rainforest Connection has an annual budget of over $1m and operates in 10 countries.

Internet of Elephants is a startup based in Kenya and the US, founded with the purpose of making wild animals a part of daily life for the urban population around the world. Its flagship app, Safari Central, is an AR game that enables users to learn about endangered species by letting them interact with animals in their own homes. While the app is free to download, in-app purchases support real-life conservation efforts. The startup has also teamed with Adidas to introduce Run Wild, an annual digital running challenge enabling runners to ‘compete’ with wild animals. Take a look at this TED Talk with the startup’s founder, Gautam Shah, who wants millions of people to ‘get addicted’ to wildlife.

Partnering with nature to reduce pollution

Beeodiversity, a Belgium-based startup, is on a mission to help companies, public authorities and farmers reduce their negative impact on biodiversity and the environment. The startup’s solution monitors the environment through the analysis of pollen collected by bees, which act as natural drones and bioindicators. This analysis reveals the state of plant biodiversity, pesticides, nitrates, heavy metals and other pollutants in a given area. Based on the results, Beeodiversity provides their clients with environmental metrics and recommendations on how to reduce their impact. Have a look at the founders’ story!

At current poaching rates, iconic African animal species, such as rhinos and elephants, could vanish by 2034. Two UK-based companies, a drone startup UAVaid and AI surveillance startup Archangel Imaging teamed up to help prevent such catastrophe. The two startups are developing an innovative anti-poaching solution: a drone equipped with an image recognition system, which is tasked with identifying particular patterns and can notify the authorities when it notices poachers on the ground and the drone can follow the poachers to prevent them from evading the arrest.

Saving the ocean from plastic pollution

Plastic pollution in oceans and rivers is responsible for the deaths of animals from 80, such as whales and seabirds. An Amsterdam-based startup has developed a smart solution to prevent this: The Bubble Barrier. The system, placed at the bottom of a waterway, creates a current that directs the plastic waste to the side and into a catchment system, where it is then removed from the water. It has been successfully implemented in Amsterdam, and the startup is now focusing on enhancing the product to deal with microplastics.

These examples demonstrate how startups lead the way in finding new solutions to modern challenges. Whether it’s AI software, drone technology or mobile apps – startups are driven to adopt technology for society’s benefit. At Allied for Startups, we believe startup entrepreneurs should have everything they need to unleash their potential. That is why we advocate for startup-friendly policies around the world.